From the Desk of Mr. Spoon 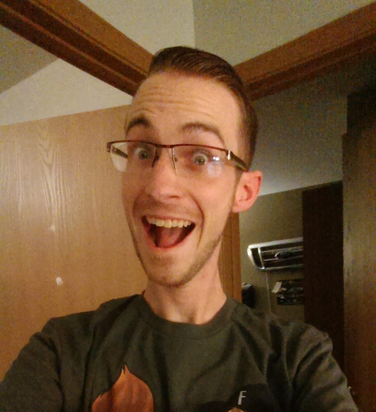 Hello all! For those that don’t know me, on twitch I am txspoon. I wanted to take a few minutes to outline how I got involved with Twitch and the people that I now call friends.

So…Probably 3-4 years ago I was thinking about getting Borderlands 2 for PC and I straight up just googled it. That google search brought me to Twitch where it listed anyone playing that game. My first click was FoOzTV. He just happened to be playing at the time and was higher up on the list. At the time I was unaware of what twitch was and how everything worked. It blew my mind that I could ask a question in the chat and the dude on the screen would answer me directly! I think there was a few months that I ended up watching regularly and then ended up playing. (I think the first thing I ever played on a cast was with FoOz when we were trying out Torchlight II, but did a ton of Borderlands which ended up with me staying up way too late and playing way more hours than I had planned)

A few months in and interacting in chat I had mentioned that I worked at a TV station and did web/graphics/shooting/editing…FoOz immediately said “Wait, you do graphics!? We need to talk.” That started the working relationship between FoOz and I.

For years now, we’ve been working together not only with graphics but as good friends.

Speaking of friends, I can’t tell you how many great people I’ve met through this channel. Some people come and go, however there’s been a shit ton that stick around that I legitimately call my friends. I’ve met one for lunch while traveling and have spent countless hours on either TS or recently Discord speaking or chatting with amazing people. It’s kind of amazing when you think about it. I love going to work and when they ask what I did over the weekend I say “Oh, spoke with friends from The Netherlands, Cali, Spain, New York…” You get the idea.

Overall I can’t tell you how great this ‘Holic community is. I don’t always have the time to interact due to work, but I try to drop in and help out when I can. I feel everyone else is the same way and has the same passion with the extra time that they have.

To end the post, I’d like to say thank you to everyone I’ve met and interacted with. It’s always a pleasure. I continue to look forward to meeting more ‘Holics and having some great interactions and collaborations!